If you have any idea about Corrosion Resistance Fiberglass Tank, welcome to contact us and discuss.

In the industrial industry, there are many exhaust gas treatment devices, and the exhaust gas is collected by the gas collecting hood and is sucked into the first-stage exhaust gas purifying tower through the exhaust gas filter under the negative pressure generated by the fan to be absorbed and purified. Then enter the plasma exhaust gas purifier, use the corona to degrade the macromolecule into a non-polluting small molecule gas, and use strongly concentrated ozone for strong oxidation. At the same time, the exhaust gas molecules are adsorbed on the plasma tube wall, and they are converted from a gaseous state to a liquid state. After passing through the fan for the process, the standard gas is discharged into the atmosphere. Here I introduce the process of exhaust gas treatment equipment for everyone? 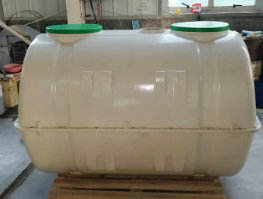 The principle of low-temperature plasma technology for treating pollutants is that under the action of an external electric field, a large amount of energetic electrons generated by the dielectric discharge bombards the pollutant molecules, causing them to ionize, dissociate and excite, and then trigger a series of complex physics. The chemical reaction converts complex macromolecular pollutants into safe substances in the form of simple small molecules or converts toxic and harmful substances into non-toxic, harmless or low-toxic and low-harm substances, so that the pollutants can be degraded and removed.

Since the average energy of electrons generated after ionization is 10 ev, proper control of the reaction conditions can achieve a chemical reaction that is difficult to achieve or slow in general, which becomes very fast. Under the strong electric field energy bombardment, the chemical bonds of the polluting gas molecules are interrupted and converted into non-polluting small molecules. The ionized gas molecules, molecular clusters, can be adsorbed through the plasma tube wall and flow out of the device drain. After the oxygen molecules are ionized, they are recombined into high-concentration ozone. Under the strong oxidation of ozone, the organic gas generates non-polluting components such as carbon dioxide and water. 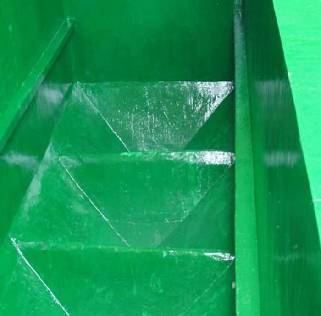 Corrosion Resistant FRP are unique composite materials in many respects. For starters, they can be formulated to be corrosion, abrasion, and UV resista...